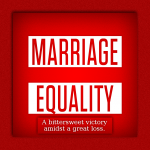 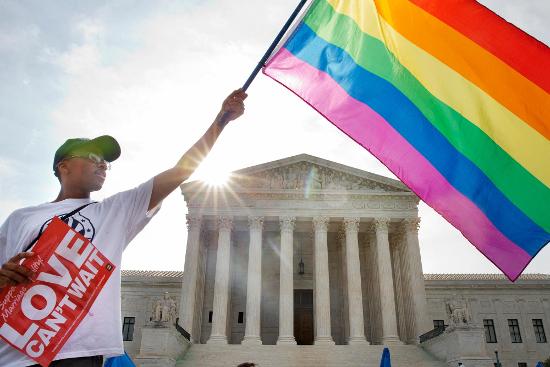 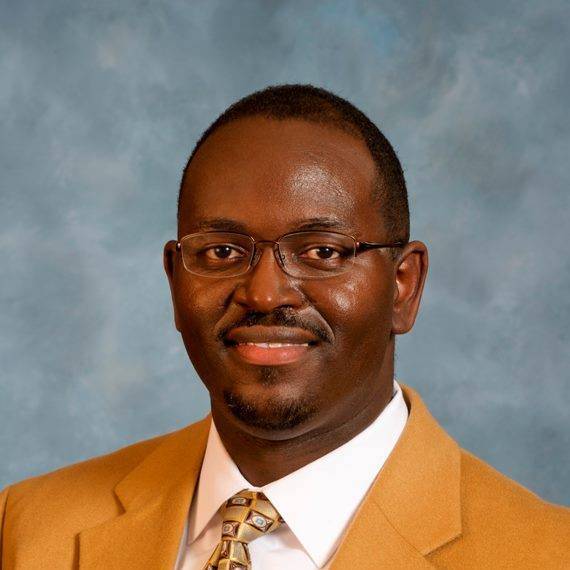 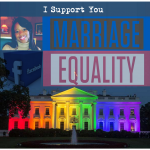 Legal gay marriage in all 50 states has been the law of the land for 96 hours now and the sky isn’t falling, straight married couples aren’t getting divorced due to the change, the black plague didn’t reemerge, we didn’t have to sacrifice a virgin to stop volcano’s from erupting, no one turned into a pillar of salt, there was no rioting, no looting, no anarchy, no national guard, no EMS alert on tv, nope, none of that happened at all. Barack Obama is still the president, Fox News is still racist, wall street continues to screw everyone out of their retirements, the sun still rises in the east and sets in the west, and Socially Urban Blog is still the most amazing source for progressive commentary :-).  Yep, all of that is still as it was before. People woke up and went to work, or to school, or did nothing just like every day prior to gay marriage being legal. Other than the whining from republicans and a few silly angry posts predicting the end of the world from a few misguided (but well-meaning) panic-prone people on social media, life went on as usual and this Monday seemed no different from the Monday of last week. But for gay people like me I can’t tell you how amazing it feels to know that my government, who I pay taxes to, will no longer tell me I deserve less rights just because I’m gay. I wish I could describe that feeling but words will not do it justice.

Finally getting full marriage equality was inconceivably extraordinary and life changing for me, but of course there was an immediate and somewhat predictable backlash brewing as well.  Some of the anti-gay homophobic posts on so many people’s timelines that I have on my friends list kinda threw me for a loop. Usually I try not to take too much of it personal but sometimes it’s hard to just brush it off. Right in the middle of all the negativity I got a message from a friend that almost brought me to tears. It was so simple and unexpected. Tonya R. Isom sent me a 3 word message along with a picture of the White House lit in rainbow gay pride colors. Those 3 words were “I support you“.  It was simple, elegant, heartfelt and timed perfectly to snap me out of the creeping darkness I began to feel while reading all of the negativity. I don’t know how she knew I needed that, but I’m so thankful that something touched her heart and lead her to throw me a lifeline right when I needed it most.

After getting her message I decided to take a little social media sabbatical Saturday and Sunday. I had to remind myself that I’m not here to make people happy or to convince people that they should accept me. I’m in charge of my happiness and it’s going to take a whole lot more than a few facebook posts to get me down, or to take away the joy I felt after hearing the court’s decision. I’m not deleting anyone, I’m through trying to convince people that I deserve the same rights they have, and I’m through showing respect to those who show me disrespect.

At the end of the day, gay marriage is legal, it’s a done deal, settled once and for all by the highest court in our judicial system. Those who oppose it or those who think it’s wrong, their opinions became completely irrelevant on Friday June 26 2015 at approximately 10 am eastern standard time.  But fret not; it’s never too late to educate and evolve.  Just know that love and justice will always be triumphant over negativity and fear. ‪#‎MarriageEquality‬ ‪#‎DamnTheHaters‬

IMPORTANT SIDE NOTE
To those who may have posted angry homophobic comments, I have nothing but love in my heart for you and I wish you no ill will or harm. To those misguided souls who posted inflammatory meme’s and pics designed to invoke fear or stroke public outrage, I harbor no hate in my heart and will not make negative judgments about your character. However I will lend some advice. Before reposting a meme from someone else’s page, please do a little research to find out if it’s true or not. In my experience, the more inflammatory the information is, the more likely the information is a fraud. One really good resource to search for a reposts or meme’s authenticity is http://www.snopes.com. They recently debunked a set of photos depicting Jesus kissing a man at what looked like a gay pride parade. All of those photos were taken 3+ years ago all at different times, and all outside of the United States. 2 were from Brazil as a part of a performance art project. None of them were in response to the Supreme Court’s decision to legalize gay marriage here in the US a few days ago. Whoever created the set of photos wanted to outrage Christians and make them hate gays even more. I’m sure he’s very happy at the response because it accomplished exactly what he intended it to. But I refuse to let dirty tactics like this divide us. I hope we can all take this as a learning experience and avoid divisive tricks like this in the future.