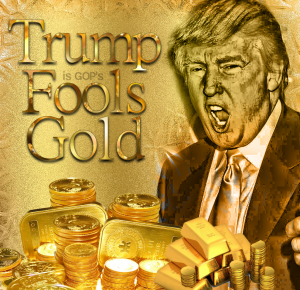 There’s no doubt in my mind that Donald Trump is the least qualified presidential candidate we’ve ever seen in our nation’s history. His high poll numbers continue to astound me because his campaign so far has no substance to it whatsoever. He hasn’t made any policy speeches. He has no policy papers available on his website. He promises things that aren’t a part of presidential powers (like imposing a penalty tax on a company who does something he doesn’t like). He says he wants to build up our military forces but hasn’t said how much he plans to spend on this or where he’s going to get the money for this. He thinks diplomacy is making demands under threat of war. He says he wants to get rid of Obamacare and replace it with “something terrific”, but hasn’t let anyone know what “something terrific” means yet. He says he has a plan to defeat Isis but it’s a secret he can’t reveal. His only reassurance when pressed on this issue is “I’m going to be so good at the military that it will make your head spin” (direct quote, I kid you not). He says he’s going to deport 11 million people even those who are currently legal citizens

according to the birthright clause written into the US Constitution, but he hasn’t said how he plans to challenge this legally and hasn’t consulted with any lawyers or constitutional scholars to get advice on this. He hasn’t been specific on how he plans to round up 11 million people for deportation which would be a logistical nightmare, extremely expensive, a huge strain on our legal system, a huge strain on our immigration courts, a huge strain on local law enforcement, and it’s something no other country has ever attempted to do in the history of this world. When Chuck Todd from Meet The Press asked Trump how he plans to do it, Trump’s answer was “it’s going to be quick and may get ugly but everyone is going to love it” (another direct quote… no kidding).

I can understand republicans frustration with the establishment politicians because I feel that way about Hillary sometimes, but Trump isn’t the answer. He is not someone who has the mental capacity, thoughtful diligence, personal temperament or the selfless dedication needed to be the leader of the free world. He’s a thin-skinned attention addict who tries to mask his many insecurities by telling everyone how rich, successful, amazing, and smart he is. He’s shallow, vapid, and only wants to be president to add one more thing to his list of accomplishments. Running for president as a way to validate your greatness should be a disqualifier in the eyes of the American people. Again, Trump is not the answer… he’s entertaining at times, but still not the answer. Politics is a serious business. The job of president is a serious thing. Running for office is a serious commitment… not a role to play on a reality show.