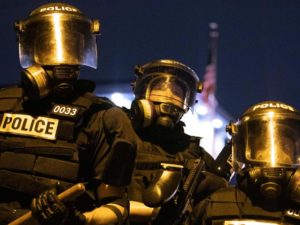 Three police Officers in Wilmington North Carolina were caught on tape giving their real opinions on African Americans. Officer Michael “Kevin” Piner said “We’re just going to go out and start slaughtering them fucking niggers. Wipe them off the fucking map. That’ll put them back about four or five generations.” The other two officers involved in this disgusting racist hate filled conversation were Jesse E Moore II and Officer James “Brian” Gilmore. The three men fantasized about the best methods they’d use to kill the most black people and Piner revealed that he began stockpiling assault rifles to prepare for a new civil war. The officers always refereed to black people using various racial slurs and saved their most virulent words for Black Lives Matter protestors. 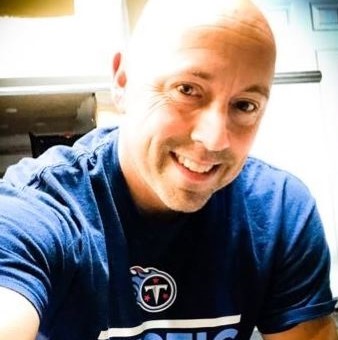 Officer Moore began to describe a recent arrest involving a black woman. He told Piner and Gilmore that she “needed a bullet in the head right then and there then move the body out of the way and keep going.”

After the Police Chief listened to the recording he fired all three officers right away, and began an investigation into their conduct. All 3 officers have been on the job for 20+ years. Knowing how much they hate black people can you imagine what they’ve been doing to black people in Wilmington all that time? There’s no way you can have that much hate in your heart and still treat everyone equally. I wonder how many black lives have they ruined.

To dispel the myth of “blue solidarity” officer Moore and Gilmore also complained about black officers they worked with calling one a “piece of shit” and said “let’s see how his boys take care of him when shit gets rough, see if they don’t put a bullet in his head”.

The murder of George Floyd has exposed an open wound that white America has tried to cover up and ignore since reconstruction. As African Americans we know exactly what most police officers think of us. We have experienced police brutality and murder by police since slavery ended. The way we’ve been terrorized by law enforcement isn’t new but what is new is more white Americans are finally acknowledging the problem but change is a lot harder than most think.

It’s kind of ironic that these 3 police officers are from Wilmington North Carolina. Wilmington has a horrible history that they kept hidden for almost a century. In 1898 Wilmington’s black community was thriving and gaining power. They even won elected offices against white candidates. Whites in the town were jealous of the black community’s success so they planned and executed a massacre on the black community that left 60 black residents dead and black owned businesses burned to the ground. Before the massacre black residents in Wilmington had created a successful affluent life for themselves. They owned businesses, they had doctors, lawyers, a local newspaper, opened a school, built the towns first library and educated themselves about politics.  In one night everything the black community worked so hard to build was gone. Those who survived the massacre packed up what was left and moved north.  Please watch the short documentary below for the full story.

When I read this quote from one of the fired officers (Officer Kevin Piner) “we’re just going to go out and start slaughtering them fucking niggers. Wipe them off the fucking map. That’ll put them back about four or five generations.” It sounds like the exact mindset the white mob had back in 1898. Here we are in 2020 and the same kind of evil is visible once again. Those three officers decided their ancestors led a successful slaughter that killed a lot of black people and destroyed their political power and wealth for generations so why not try it again.

Until we confront the ugly history of white supremacy, police brutality, and systemic racism in this country we will never be able to move forward. We can’t keep trying to sweep everything under the rug. Attending a few marches, bringing down a few statues, getting rid of a few officers and promising to do better will not work this time. We need to dismantle the entire criminal justice system and rebuild it with racial equality in mind. We want radical change and until we get that this country will never see peace.

One Comment to Wilmington Cops Want To Kill Black People