US Congressman Lou Barletta is the latest republican calling for the impeachment of twice elected President Barack Obama. During a conservative talk radio interview Barletta said “President Obama wouldn’t survive an impeachment vote in the House of Representatives”. Barletta went on to say “the President is ignoring the Constitution, ignoring the law, and ignoring the checks and balances outlined in the Constitution.” He also said he believes there are enough votes in the house to impeach the president.

Since the beginning of President Obama’s first term in office we’ve heard the word “impeachment” from a lot of republican lawmakers and conservative pundits (see video clip at the bottom of page). I’ve heard this so many times that I’ve become desensitized to the weight and gravitas the word once held. Talks of impeachment use to be reserved for matters of extreme seriousness. Now it’s just another word republicans use to stir-up their base and capitalize on the far right’s hate and disdain for our TWICE ELECTED president. The problem is, the people they are pandering to aren’t realizing how disingenuous Barletta and others like him are. The hate they have for our TWICE ELECTED President Barack Obama blinds their ability to see logic. I almost can’t blame them because the right wing media money machine bombards them daily with a ton of misinformation and outright lies. Congressman Barletta’s comments aren’t unique by any means. Almost every single republican in the House and Senate have threatened or entertained the idea of impeaching President Obama at one point, but none of them are serious… and I can prove it. Here’s a small sample of quotes from republicans about President Obama:

Ted Cruz – “The president’s lawlessness and disdain for our constitution puts all American’s in grave danger.”

Senator John Cornyn – “Under President Obama, inconvenient or unpopular legal requirements have repeatedly been swept aside by executive fiat”

Senator Orrin Hatch – “The president has put our entire economy in jeopardy in order to serve his own political interests.”

Grover Norquist – “Obama does everything by executive order. He’s made no effort to work with Congress”.

Represenative Kerry Bentivolio – “Who is going to stop Obama from everything that he’s doing against our constitution? Impeachment would be a dream come true if I could find the evidence.”

Senator Tom Coburn – “The administration is lawless and incompetent, and getting perilously close to impeachability.”

Congressman Farenthold – “What message do we send America if we impeach Obama and he gets away with what he’s impeached for and he is found innocent?”

Rep Bob Goodlatte & Jonathan Turley – Obama ignores the constitution. The danger is quite severe. The problem with what the president is doing is that he’s not simply posing a danger to the constitutional system. He’s becoming the very danger the Constitution was designed to avoid.

Notice how no one ever gives details on any specific laws that they think the president has broken. All they have are vague accusations and meaningless rhetoric. Conservatives and conservative media should ask themselves, are there legitimate reasons beyond partisan politics to have a discussion about impeaching the president. But something as rational as that seems like too much to ask for with them. Instead they engage in debate asking HOW can they impeach the president.

Law makers in both houses have a responsibility to uphold the law and balance the power of the executive branch. If they think the president is breaking laws and not following the constitution they are duty bound to start the process of impeachment. If they honestly believe everything they are saying about president Obama then they can’t say I would vote to impeach but I know it won’t pass the senate. The oath of office they all took does not allow them to ignore acts of treason and high crimes committed by the president just because it may hurt them politically. That would be an abdication of duty and it would make them just as guilty as they claim the president to be. Republicans hold the majority in the house. If they felt their reasons were just, they’d bring the issue to the floor for a vote. But they’re not going to do that because they know they have NOTHING. 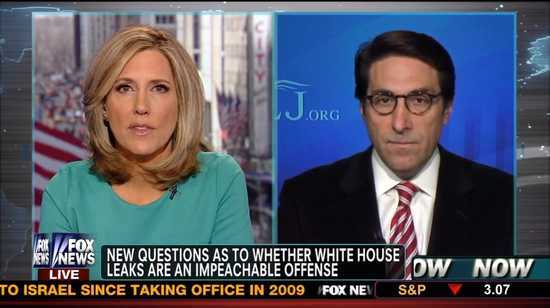 They know the president isn’t guilty of anything. When you see them on FOX or hear them on talk radio calling for impeachment, it’s all a performance. They get an opportunity to bash the president which makes the base happy. The more outrageous their rhetoric is, the more attention they get. They get invited for Hannity and Glen Beck interviews. They get their name in the paper. It’s a chance to raise their political profile. Even if they lose their office, they can make a lot of money within the conservative media money machine (books, radio show host, speaking engagements, lobbyist, think tank advisers, tv punditry, etc.). The incentives to engage in this type of behavior and practice this type of politics are huge. They are putting personal gain ahead of what is right for the country. The democrats aren’t perfect by any means but they have never been careless with words as powerful as impeachment. While George W Bush was president the democrats always showed respect for his title even when they may not have respected the man.  Yes, there were a few democrats who talked about impeaching President Bush, but it was a very small minority and they actually had good detailed reasons for that discussion.  Some dems wanted to press criminal charges against Bush and his administration, but Speaker Nancy Pelosi (the most powerful democrat at that time) got her fellow democrats to move on and focus on fixing the economy.  That’s what real leadership and integrity looks like.  More times than not democrats are the party who puts the countries interest above their own. The republicans in office right now have forgotten how to do that.

So, to all of the conservatives reading this blog post right now, I just gave you a sure-fire way to test your party’s elected officials truthfulness (especially in congress). If they are constantly screaming impeachment and saying President Obama is lawless, ignoring the constitution, and taking freedoms away, then they need to back it up with action. Tell them to take it to the floor of the house for a vote or shut the hell up.