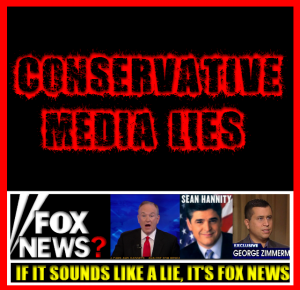 When will conservatives stop listening to conservative media (Fox News & Limbaugh) and conservative politicians? How many times do they have to be wrong before their base starts to question their credibility? I know most liberals are well aware of the many conservative media lies that show up frequently in their reporting, but for those who watch conservative media exclusively I’m not so sure they know when they are being lied to. In recent history Fox News and their pundits have been proven wrong on a number of issues, and proven wrong in a big public way. First let’s start with the 2012 presidential election. All of conservative media which includes Fox, bloggers, columnist, radio personalities, religious leaders etc told their audience over and over again that Mitt Romney was going to win in a huge landslide. Even though every single poll projected President Obama as the winner. They duped their audience into ignoring the polls by telling them that all the polls were rigged by the liberal media to favor President Obama. Then on election night Obama wins with a very comfortable lead and Fox’s viewers were in shock because they all had their trust in a news network that was supposed to be “fair and balanced” as their slogan proclaims. You’d think a gaff that big would at least warrant some kind of apology… but surprisingly none were offered. For several months leading up to the election all of conservative media trotted out a number of big company ceo’s from across the nation to warn voters of the grave consequences that awaited them if President Obama won reelection. All of the ceo’s said the stock market would take a huge dive, they would have to lay off thousands of employees, they would have to close plants, interest rates would skyrocket, etc etc etc. These guys weren’t saying these things may happen, they were saying emphatically these things will happen. Now that we’re almost one year into President Obama’s second term we saw none of those doom and gloom predictions materialize. In fact quite the opposite. The stock market is surging at an all time high. Company’s are reporting record breaking profits. Unemployment has seen a slow but steady decline, but still no apology from any of those who made the misleading comments… not even an explanation as to why they got things wrong.  I’m not even going to get into the many many many lies they’ve reported about Obamacare. For that I’d need at least 3 or 4 blog entries to properly address it.  Fox has a habit of reporting misinformation to manipulate their viewers and sadly they continue to do this.

Watching the way conservative media has covered the murder of 17 year old Trayvon Martin by George Zimmerman has been an eye opening experience for me. I have never seen the murderer of a teenager get embraced by a political party, a television network, and major radio personalities before. George Zimmerman was hailed as a hero to these sick minds. The Trayvon Martin shooting brought out the absolute worst in conservative media. Normally they would dance around race and use euphemisms and code words to keep plausible deniability just in case someone tried to call them out on it. But during the Zimmerman trial they threw caution to the wind and flew their confederate 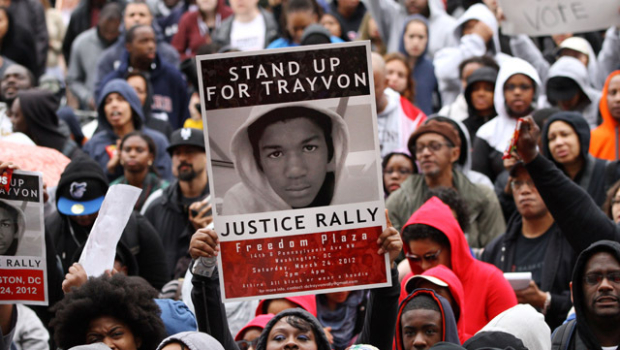 flag high. Bill O’Riley, Sean Hannity, and Rush Limbaugh all warned their viewers that if Zimmerman got acquitted African American’s would riot. They all reported this over and over again for a whole week. But hearing them say that made me realize they actually believe the racist crap they report. They believe every black man is a suspect and should be treated as such. They saw the whole black community in the same way that George Zimmerman saw Trayvon Martin… as a criminal. I knew there weren’t going to be any riots, and so did every other black person, but those who buy into ugly racist stereotypes talked about it like it was a forgone conclusion. Then the verdict came and surprise surprise NO RIOTS. There were plenty of civil protest but no riots. You’d think after being wrong about that they would stop warning their audience about scary black riots… right? No, of course that didn’t stop them. Truth and facts never gets in the way of reporting at Fox News. Over the weekend Reverend Al Sharpton and the parents of Trayvon organized rally’s in major cities all over the country. Sean Hannity again predicted violence and anti-white demonstrations. He even went as far as to warn his audience to expect a race riot if these Trayvon rallies continue. And again he was proven wrong. Thousands of black and white people gathered together all over the country for rallies and speeches and not one incident of violence of any kind. This is the second time Fox has promised racial violence and were 100% wrong. When are their viewers going to hold them accountable? When are conservatives going to demand the truth from the people they support. How many times do they have to be proven wrong before people start to see them as tired outdated racist clichés who are always part of the problem instead of being part of the solution?

“The world will not be destroyed by those who do evil, but by those who watch them without doing anything.” – Albert Einstein