Who Is Offended By History 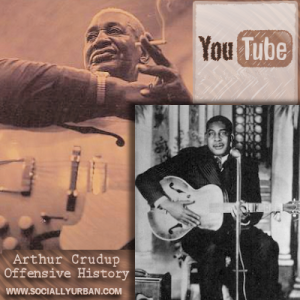 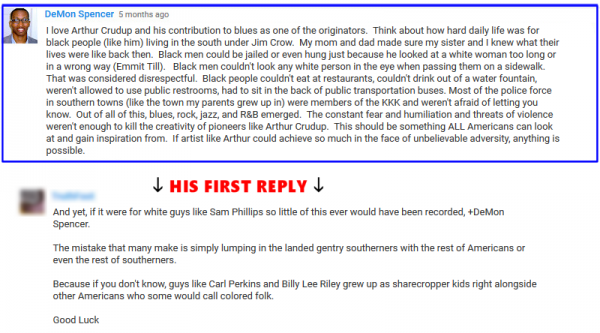 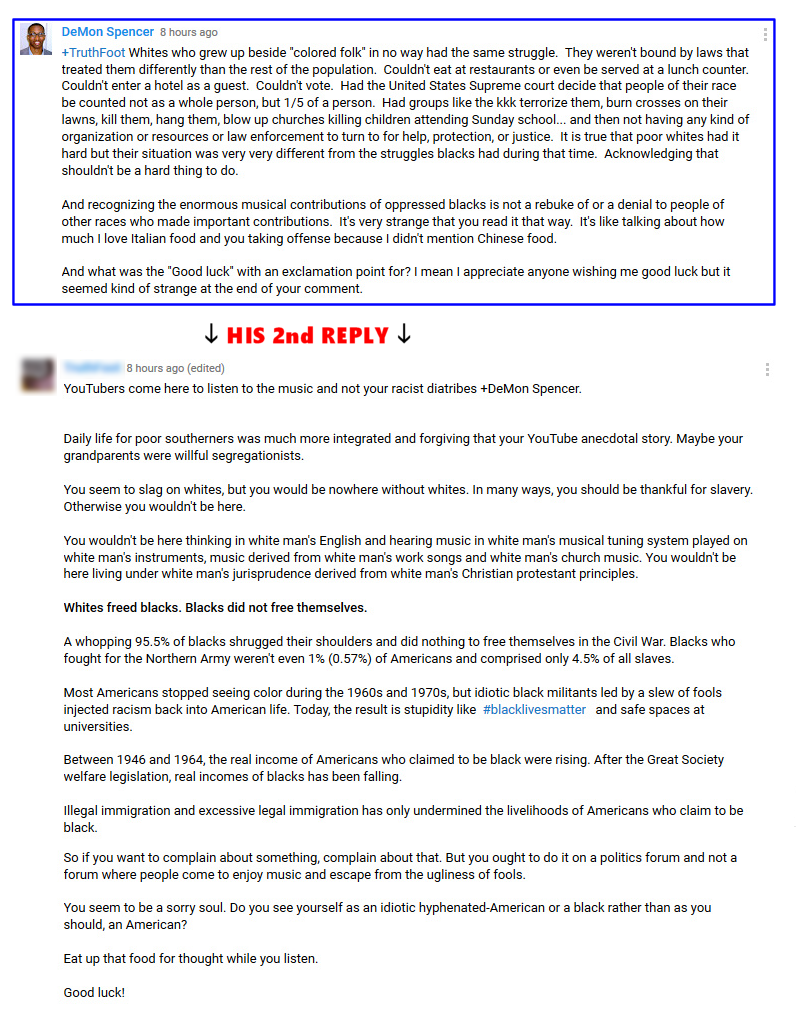 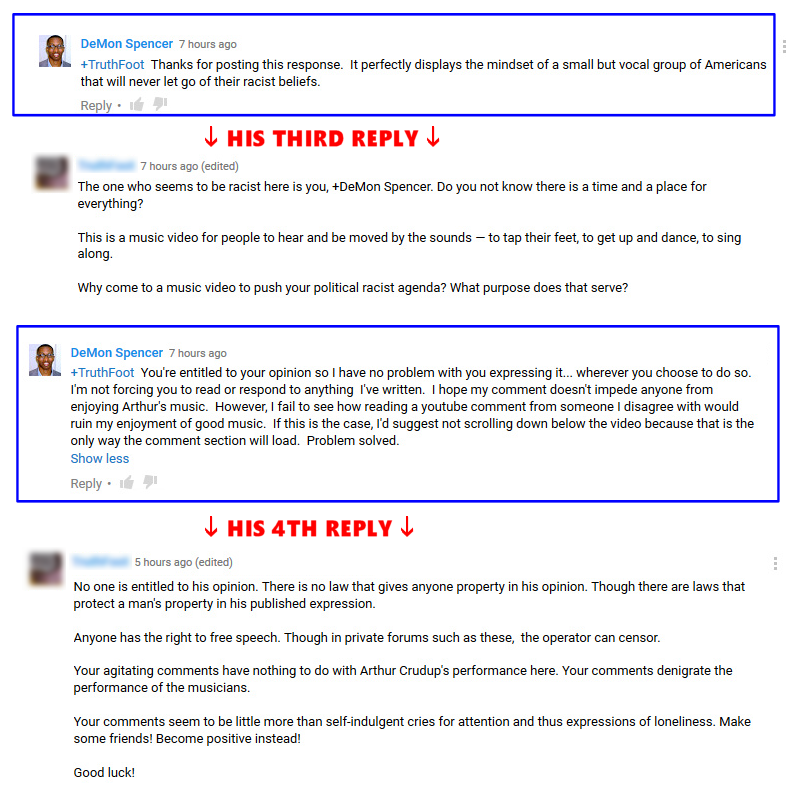 Here’s the latest developments (2/2/2016). This guy came back and deleted his comment about calling me a racial slur (the one from the 1st update), then tried to pretend he never said anything about a racial slur, and somehow I hallucinated the entire thing. He should have known I was going to screenshot the comment as soon as he posted it. It was only up for 20 seconds but I was quick enough to grab it. Here’s how it went: 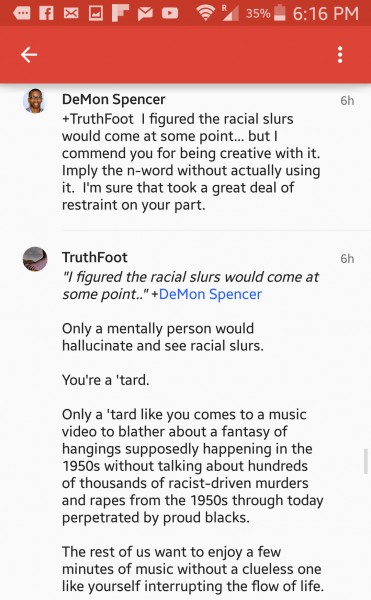 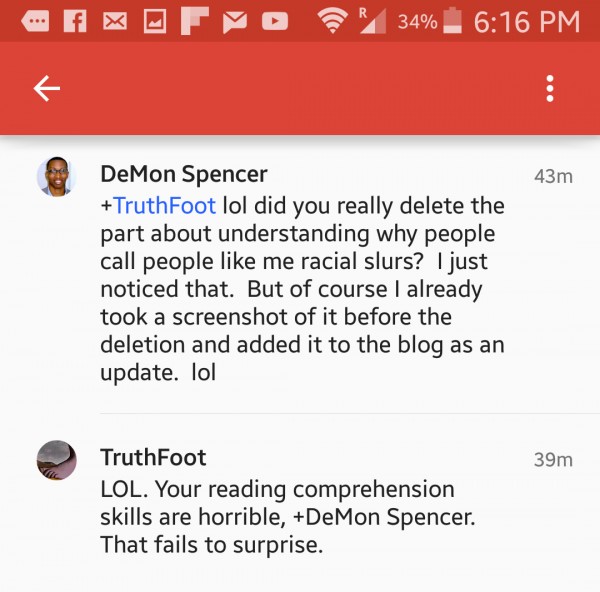 After this last comment he decided he had enough and deleted everything again.  People don’t know how to react when they are angry and lashing out but you are cool, calm, and rational.  They end up looking like the irrational crazy person, which is what they are usually.  When you’re smart, confident in your message, and honest about your point of view, there’s no need for anything extra like insults, slurs, and put-downs.  Whenever I engage with people who try to attack me personally instead of debating the merits of my ideas, I try to keep that in mind.  It’s hard not to call people like him assholes, but I know measured restraint is always the better option.