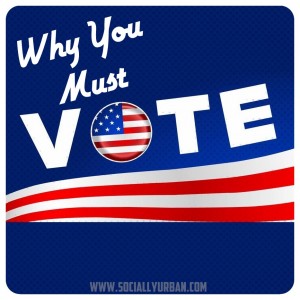 CNN does panel discussions with Trump voters sometimes and I try my best to avoid them.  Partly because I’m tired of hearing journalist treat them like they’re a huge voting block when in reality they are a small group who’s numbers are dwindling day by day according to most polls.  I also hate the way the host has to treat the nonsense some of the panelist say as something that deserves serious consideration.  Like in the video clip here where one of the ladies says she likes Trump because she’s a Christian and she saw him on a Christian TV network.  If I was hosting that panel I think that would be the day I walk off set and seek a new profession.  Trump voters get coddled on most mainstream media outlets and it drives me crazy.

It’s also incredibly difficult for me to watch Trump supporters explain why they support him.  Watching the people on this panel makes me question the intelligence of my fellow Americans.  That leads me to a very dark and cynical conclusion; we’re getting exactly what we deserve with Trump and his circus.

If we allow republicans to point to the economy whenever we bring up legitimate concerns about Trump and his chaotic presidency, maybe we deserve Trump.  As if good job numbers makes his many failures and bottomless pit of shortcomings ok.  If that’s the only metric we’re going to use to judge Trump’s job performance as president, then we most definitely deserve every horrible atrocity that he has already committed, and without a doubt we’ll deserve every future atrocity his abhorrent leadership will most certainly produce.

The good news is, we have a chance to finally get some badly needed oversight done on the executive branch.  The midterm elections are only a month away and us democrats are expected to win back the house of representatives and maybe even gain a few seats in the senate.  All we have to do is turn out and vote. That means there is hope… hope you’ll get off your ass and vote.