MSNBC’s left leaning prime time shows have become must see tv for me each night for the past 3 or 4 years.  Chris Matthews on Hardball, Chris Hayes on All In, and Rachel Maddow host of Maddow Blog.  Of course the network has never been perfect but they distinguished themselves from other cable news networks by offering a broad range of views and it was the only cable news network to have more than one minority host.  The channel’s minority hosts were Al Sharpton, Joy Ann Reid, Melissa Harris Perry, Karen Finney, Touré, Alex Wagner, and Jose Diaz-Balart.  It was pretty impressive to find that kind of diversity on cable news.  The network also had a lot of minority contributors like Jonathan Capehart, Eugene Robinson, and Michael Steele (just to name a few).  All of these people brought a unique intelligent perspective that was lacking on the other networks.  Almost a year ago I started to see signs that the network wanted to downplay the progressive perspective that made the  network enjoyable for liberals like me.  Hardball with Chris Matthews decided to get behind GOP presidential candidate Rand Paul and predicted Rand would be the republican nominee for 2016.  Chris heaped praise upon Rand and went after the other GOP hopefuls with tough but fair criticism.  I didn’t understand this prediction and I thought it was very strange for a progressive network to give a conservative presidential candidate great press.  Then after the Ferguson riots occurred the network covered some other similar situations where a police officer shot and killed an unarmed African American. 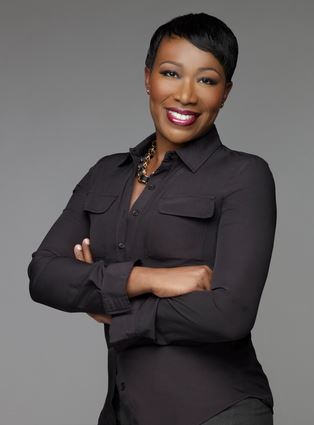 Then I noticed that the network stopped covering “black lives matters” protest and did not cover police shootings at all after a point.  That’s when I really started paying attention because that change was very noticeable.  Then came the firing and demotions of all of the network’s minority hosts.  Joy Reid’s show started to pickup viewers even though they gave her a terrible time slot (3pm).  I loved her show and she was a complete pro.  She made it look easy and that isn’t an easy thing to do.  Not too long after giving her a show, they abruptly canceled it and never really gave a coherent reason for the cancellation.  She still had a contract with the network so they demoted her to “paid contributor” (aka pundit).  Then Karen’s show disappeared.  The show Touré hosted got canceled. Alex Wagner got canceled, Jose Diaz-Blart’s show disappeared with no warning or explanation, and Al Sharpton’s daily show at 6pm got canceled, then brought back once a week on Sundays, but not every Sunday (weird right?).  The impressive roster of minority contributors slowly began to shrink as well.

Then they came after Melissa Harris Perry and her amazing Sunday show.  At first they didn’t cancel her show.  They just didn’t put it on the schedule at all for a long time until she sent them an email voicing her frustration with the executives 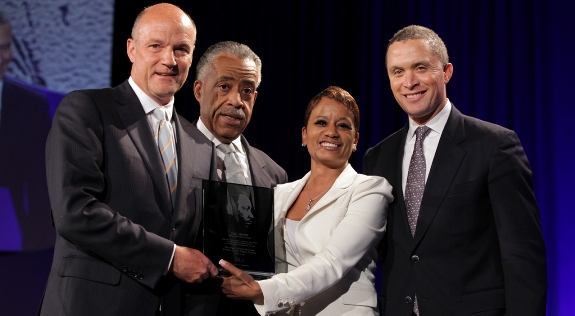 and programing director snubbing her and not giving her an answer as to when they were going to put her show back in the lineup.  MSNBC knew she wasn’t going to go quietly so they told her she could get her show back for a few weeks but she couldn’t use any of her team, she couldn’t decided what to cover, and the network said they will pick the show’s panel.  Melissa Harris Perry has a masters degree in political science, she’s a professor at Wake Forrest and has taught political science at Princeton and Tulane University.  Obviously she knows a great deal about politics and has hosted a successful show for years.  To ignore her talent and expertise and demote her to “news reader” is a huge insult.  She turned them down and then things got interesting (read more about this at the bottom of this post).

All of those events have upset every progressive viewer who supported the network and looked to them for commentary on a daily basis.  Melissa was the last minority host to get screwed over by MSNBC.  Obviously the network has decided that they no longer want 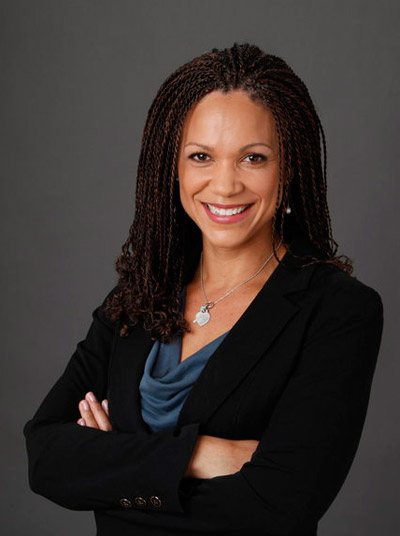 minority viewers, and have set a course to be more like Fox News.  Hardball with Chris Matthews is almost unwatchable now.  He constantly defends Donald Trump.  After two African American protesters were physically assaulted, spat upon, and called a slue of racial slurs, Chris Matthews said the Trump campaign look like it was “full of joy” and instead of calling Trump a racist, Chris calls him a nationalist who loves his country.  Chris has also added a new contributor that he likes to book over and over again, and her name is Ann Coulter.  So they get rid of the minorities and replace them with racist, xenophobic, homophobic, Islamophobic far right wing nut Ann Coulter.  Yesterday on Hardball she said America needs to close the border before “Latin American rape culture” comes over to the United States.  This is the kind of ignorance that she spouts every chance she gets, so I wasn’t surprised she said that.  But I was absolutely shocked at Chris’s reaction.  He smiled and almost chuckled and didn’t challenge Ann’s racist statement at all.  He seemed to enjoy it.

I don’t know why MSNBC decided to insult the entire African American community and marginalize their only Latino host, but it is clear that they no longer care.  Now they invite white pundits to come on and explain the “black vote” just like their idols Fox News.  I could list hundreds of incidents like the few I’ve explained in this post but to sum all of them up with one sentence, I’d say “MSNBC has created the 2016 version of Jim Crow where white men have the only opinions they’re interested in, and blacks need not apply”.

Dear Nerdland As you know by now, my name appears on the weekend schedule for MSNBC programming from South Carolina this Saturday and Sunday. I appreciate that many of you responded to this development with relief and enthusiasm. To know that you have missed working with me even a fraction of how much I’ve missed working with all of you is deeply moving. However, as of this morning, I do not have any intention of hosting this weekend. Because this is a decision that affects all of you, I wanted to take a moment to explain my reasoning. Some unknown decision-maker, presumably Andy Lack or Phil Griffin, has added my name to this spreadsheet, but nothing has changed in the posture of the MSNBC leadership team toward me or toward our show. Putting me on air seems to be a decision being made solely to save face because there is a growing chorus of questions from our viewers about my notable absence from MSNBC coverage. Social media has noted the dramatic change in editorial tone and racial composition of MSNBC’s on-air coverage. In addition, Dylan Byers of CNN has made repeated inquiries with MSNBC’s leadership and with me about the show and what appears to be its cancellation. I have not responded to reporters or social media inquiries. However, I am not willing to appear on air in order to quell concerns about the disappearance of our show and our voice.

Here is the reality: our show was taken — without comment or discussion or notice — in the midst of an election season. After four years of building an audience, developing a brand, and developing trust with our viewers, we were effectively and utterly silenced. Now, MSNBC would like me to appear for four inconsequential hours to read news that they deem relevant without returning to our team any of the editorial control and authority that makes MHP Show distinctive. The purpose of this decision seems to be to provide cover for MSNBC, not to provide voice for MHP Show. I will not be used as a tool for their purposes. I am not a token, mammy, or little brown bobble head. I am not owned by Lack, Griffin, or MSNBC. I love our show. I want it back. I have wept more tears than I can count and I find this deeply painful, but I don’t want back on air at any cost. I am only willing to return when that return happens under certain terms. Undoubtedly, television nurtures the egos of those of us who find ourselves in front of bright lights and big cameras. I am sure ego is informing my own pain in this moment, but there is a level of professional decency, respect, and communication that has been denied this show for years. And the utter insulting absurdity of the past few weeks exceeds anything I can countenance.

I have stayed in the same hotels where MSNBC has been broadcasting in Iowa, in New Hampshire, and in South Carolina, yet I have been shut out from coverage. I have a PhD in political science and have taught American voting and elections at some of the nation’s top universities for nearly two decades, yet I have been deemed less worthy to weigh in than relative novices and certified liars. I have hosted a weekly program on this network for four years and contributed to election coverage on this network for nearly eight years, but no one on the third floor has even returned an email, called me, or initiated or responded to any communication of any kind from me for nearly a month. It is profoundly hurtful to realize that I work for people who find my considerable expertise and editorial judgment valueless to the coverage they are creating. While MSNBC may believe that I am worthless, I know better. I know who I am. I know why MHP Show is unique and valuable. I will not sell short myself or this show. I am not hungry for empty airtime. I care only about substantive, meaningful, and autonomous work. When we can do that, I will return — not a moment earlier. I am deeply sorry for the ways that this decision makes life harder for all of you. You mean more to me than you can imagine.

7 Comments to MSNBC So White