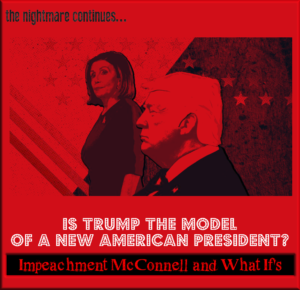 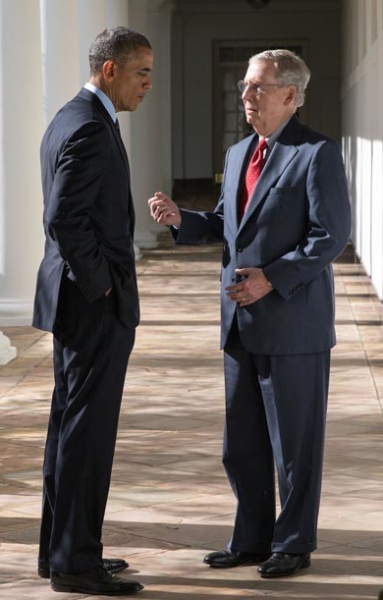 Fast forward three years later, Trump was caught withholding $400 million in security assistance from the Ukraine until they agreed to help his reelection campaign. To get the aide Trump wanted the Ukrainian President to announce publicly that he was investigating Trump’s political rival and potential campaign opponent Former VP Biden for corruption.

To the detriment of our democracy “Moscow” Mitch McConnell and the rest of the Republicans are defending Trump and saying he did nothing wrong. But the Obama McConnell incident from 2016 shows how disingenuous he and his colleagues are. How can you say Obama wanting to alert the American public about the actions of Russia was improper during an election but Trump’s efforts to extort a country at war for personal political gain is ok?

Most voters are smart enough to see the hypocrisy in the arguments being put forth as a defense. Once again they have to try to defend the indefensible. Is this really what they want for American presidents? Are they going to let the next president who may be a Democrat engage in the same behavior? 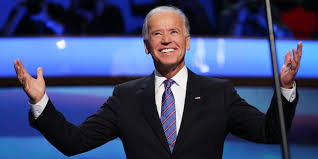 What if Biden wins and instructs his attorney general to investigate Trump Pence and the former attorney general William Barr? What if Biden decides to give his son Bo a cabinet position and a top secret clearance despite the FBI’s recommendation to deny his application. Are they going to be ok with that?

What if Elizabeth Warren wins and decides to put pressure on the Chinese government to investigate Mitch McConnell and his wife’s family? What if Warren ask China to make a public statement about it right before McConnell’s reelection and in exchange we would ignore China’s human rights abuses and support their violent policing in Hong Kong? Would “Moscow” Mitch object to that?

What if Bernie Sanders wins and decides to divert money approved by McConnell’s Senate to help mid-western farmers and instead use it to combat climate change? Or holds the money until farmers make statements praising Sanders climate change initiative. Will they be ok with that?

What if Corey Booker wins and decides to sign a presidential order barring every executive branch employee from speaking to congress about anything. Barring them from complying with legal subpoenas for testimony and barring them from turning over any documents about anything? Will Republicans be ok with that? Will they say any attempt to investigate the executive branch is a partisan witch hunt? Will they call routine congressional oversight an attempt to overthrow the president?

Republicans are going to be 100% fine with a Democrat president embracing the actions and ideas Trump modeled. And not only be 100% fine with it, but also defend it with their enthusiastic support and approval.

If the republicans believe everything they’ve been saying over the past 3 years there’s no way they would be against any of the actions I just used as examples. All of the hypotheticals I posed are things Trump actually did with the support of his party.

They’ve spent the last 3 years saying those same types of actions are legitimate and proper prerogatives of a president. When we elect a Democrat as president I suspect republicans will start to care about the rule of law and our image internationally again. But I also wonder if Trump’s corruptive influence will continue to shape the Republican party even after he’s no longer in office. Can we de-program the Trump cult and make them see right from wrong again or is this the new normal for them? Is Trump showing us the model of future Presidents to come?

One Comment to Is Trump The New Model For American Presidents