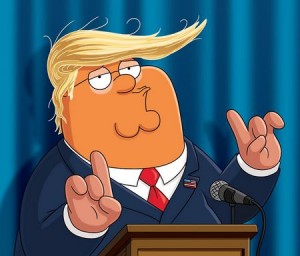 2016 republican nominee for President of the United States Donald Trump has a long disturbing history of lying about almost everything. Even trivial stuff that can easily be disproven. For example, Trump said he met Russian president Vladimir Putin when they both did a 60 minutes interview. Every journalist knew this was a lie as soon as he said it but he couldn’t help himself. Lying seems to be the only way he knows how to operate. This blog post would be way too long if I tried to list all of his questionable statements, so here are 20 Donald Trump lies that I find the most interesting.

1. The Mexican government is selecting criminals and rapists and sending them to sneak into the United States.

3. President Barack Obama is not a Untied States citizen and the birth certificate he produced was fake.

4. Trump said he hired a team of investigators and sent them to Hawaii where President Obama was born to obtain evidence that supported Trump’s unfounded theory that the President was not born in the United States.

5. Trump said his investigators found some unbelievable evidence that disputed the legitimacy of President Obama’s citizenship. Trump said he would release the information but 7 years have passed since those birther accusations, and in all that time he has made no effort to share the so-called “findings” with the public.

6. Trump claimed that President Obama never attended Harvard. Trump said he got the information from his investigators and they told him that no one remembered President Obama ever being on campus. 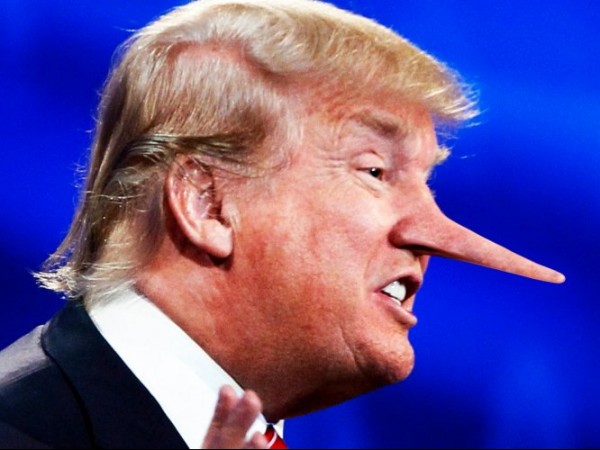 7. During the 2012 Presidential election Trump claimed that President Obama spent $4 million dollars to hide his school transcripts and conceal his passport information.

9. Trump said President Obama is accepting 200,000 Syrian refugees into the United States. The accurate number is 10,000.

10. Trump says he never supported the invasion of Iraq and warned people against it from the very start. In a taped interview in 2002 Trump seemed to support the invasion and said nothing against it in any interview until 2005.

11. Trump says he watched thousands of Muslim’s in New Jersey celebrate on television after the 9/11 terrorist attack.

13. Trump said he predicted that Osama bin Laden was going to attack the World Trade Center 2 years before it happened. There is zero evidence that this prediction took place. 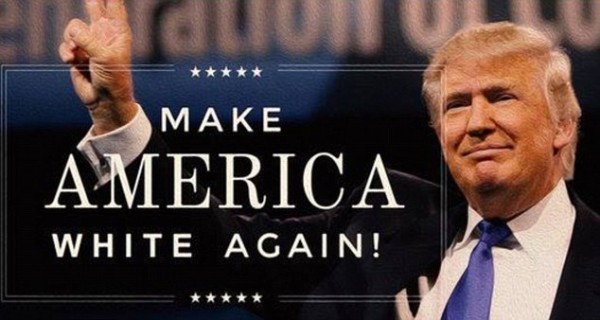 14. Trump says he’s a self made man who built a very successful company from nothing. This is untrue. His father was very wealthy and owned a lot of property in New York. When Trump wanted to strike out on his own, his father gave him $1 million dollars to start his company.

15. Trump claims he made $213 million for his NBC reality tv show “The Apprentice”. NBC said he was paid only $2 million for the series.

16. Trump claimed that the Russian president Vladmir Putin called him a genius in an interview. This is false. Putin called Donald “colorful”, not a genius.

17. Trump claimed to have met Russian president Vladmir Putin and got along well with him when they both did interviews on “60 Minutes” on the same night. This is false because Putin did his interview via satellite from Russia and has never even been in the same room with Trump.

18. Trump claimed that Ted Cruz’s father was somehow involved with the assassination of President Kennedy.

19. Trump continually claims that he is beating rival Presidential candidate Hillary Clinton in every poll. This is false as of 5/13/16. There’s not even 1 national poll that shows he is leading Hillary.

20. Trump says President Obama will go down as the worst president in history because America has been in decline since Obama was elected in 2008.

This is what a successful presidency looks like. Donald Trump would destroy all the progress President Obama made because Trump is incapable of thinking about anyone but himself. How can republican voters put their faith into someone who lies as much as Donald Trump does? By no means is President Obama a perfect president but he sure isn’t “ruining America” (as Trump suggested). President Obama has been a public servant for the past 20 years with his integrity, beliefs and self-respect intact. Trump never had any of those qualities and it’s scary how close he is to the most powerful job on earth where every decision he makes can effect all of humanity. I’m pleading with republicans in hopes of getting them to see this man for what he really is. An insecure overcompensating egomaniac who looks you in the eye and lies, while flirting with elements of totalitarianism in every interview and rally speech he gives. After 4 years of Trump as president every single supporter he has right now will long for the good old days when that black family lived in the White House.